Back in 2012, I was dying to go to India. I wanted to travel the world. I wanted to go somewhere unique and see a culture and place that was so far and different from America that it could only belong to a mystical land. And no other country is as different than California than INDIA!

Although I couldn’t Google Search any horse riding stables, I trusted my gut and booked a one way ticket to this incredible country. I was a solo 22 year old blonde girl. I had read awful things online about women travelling solo, but hell I had survived living in Egypt at this point so I figured I could handle it…

After living in India for two years I can say, “veni, vedi, vechi.” I came. I saw. I conquered. Although I didn’t make a dent in the grand scheme of things, in the horse community I am proud to say I spent my time wisely. I traveled everywhere in India, North to South all with various stables and start up riding clubs throughout the country. Word spread like fire that there was an American girl that was a professional horse trainer and I was booked back to back with offers. 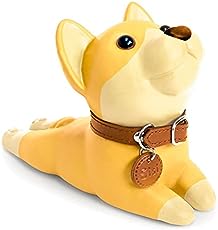 I worked as a consultant and manager, starting up several riding clubs and I actively tried to get women to ride horses. Not only that, but I tried to change the mentality of the men that worked for me. They had a preconceived notion based on their culture that horse riding was a sport for men and many of them were not happy to find out that their new boss was a girl! I had to fight to convince the men and retired military colonels that not only was horseback riding a sport for both men and women, but that often times women did it even better! After all, horse riding is the only sport in the Olympics where men and women compete EQUALLY and my pursuit of my big goals as an elite show jumping rider strove to prove that.

I trained hundreds of students while in India, most men or young boys, and they all grew to respect me and were inspired to work with horses in a way they had never realized possible. They followed my FEI curriculum and teachings, they groomed horses to high standards and I even helped to design riding clubs to have proper arenas and facilities to host competitions and start their very own International riding club!

I had no money in my pocket when I first flew to India and I had many ups and downs but through will and determination I survived living in India for TWO YEARS! I hope that this inspires others to pursue their passions, no matter how big or scary their goals may seem and to keep following their heart! You never know where it may take you!

Listen to my podcast about India on the Travel Tales Podcast

Krystal Kelly is a California girl on a Quest to see every country. She is a certified FEI II Show Jumping coach and has worked in over 20+ countries with horses on 5 continents. She is an award winning author, podcaster, youtuber, film documentarian and clinician. She is founder and CEO of Equestrian Adventuresses and The International Equestrian. Her mission is to help empower women around the world to ride horses. View more posts

One thought on “Working in India with Horses”